I recently had the pleasure of visiting the Lord Crewe Arms at Blanchland, and a very pleasant meeting with their Front of House Manager to discuss my wedding photography. I have to admit I hadn’t really thought about this place as a wedding venue, in fact I hadn’t really thought about Blanchland as a place for a wedding, but after being invited up for a chat about Lord Crewe Arms wedding, I took the opportunity to have a nosey around as well as sharing examples of my wedding photography. Impressed doesn’t really show what I thought about the Lord Crewe Arms; walking into this old stone building the quality of this extensively renovated guest house hits you. The flagstone floors, rustic handmade feel to the furnishings and the roaring open fires all screamed understated luxury with a relaxed and welcoming atmosphere. This was definitely an exciting place for wedding photography and the perfect intimate wedding venue for a Northumberland wedding.

One of the things that hit you is the nod towards the building’s history; your Lord Crewe Arms wedding would certainly put your Northumberland wedding amongst some really interesting twists and turns throughout history. How cool would it be to look back on your wedding photography, remember your rustic Northumberland wedding knowing that your special day was also now a part of this historic wedding venue?

So here is a brief overview of the history of the Lord Crewe Arms, the perfect intimate Northumberland wedding venue, (taken straight from their website because let’s face it they know it better than I do).

In 1165 Blanchland Abbey and thus Blanchland itself was founded as a Premonstratensian priory by Walter de Bolbec 11 (or to us every day folk; the White Canons of the Roman Catholic order’s priory). The Lord Crewe was built as the Abbot’s lodge, guest house, kitchens and the Abbot’s dining room and its gardens served as cloisters for the monks of the Northumbrian moors who famously dressed in white. Purpose-built to feed, care and provide a place to be ‘at home’ for the canons inhabiting its walls, the Abbot’s Guest House together with the Abbey saw four hundred years of self-sufficiency, piety, and kind hospitality, until finally and sadly the Abbey was dissolved in 1539.

The monks fled the moors, leaving behind the parting gesture of the name ‘Blanchland’ (Blanche meaning white in French) and indeed the heart of the village; the Abbot’s Guest house. The estates and buildings were bought firstly by the Radcliffe family and then, in 1623, the Forsters of Bamburgh, and so, with time and change, the former Abbot’s Guest House became the Village’s Manor house. Used in the main as a hunting box, it hosted all the noteworthy Northumbrian families of old, remaining as hospitable as it began, with just a touch more grandeur.

When the Forster line came to an end with a scandalous assassination and a bankrupt estate, Dorothy Forster along with her nephew Tom Forster (famed for his role in the Jacobite rebellion and his hiding hole at the Crewe!), were forced to sell the Blanchland estate to Dorothy’s husband; Lord Nathaniel Crewe, 3rd Baron Crewe and Bishop of Durham in 1708. Here is where the Lord Crewe legacy began as the eighteenth century bishop set about building a Blanchland that would last, with the Manor house remaining at the heart.

In 1721 Lord Crewe died leaving his estates, including Blanchland, to the ‘Lord Crewe Trustees’. From the estates income the Trustees were to (and still do) make annual payments to various colleges, the University of Oxford, Alm houses, schools, and so on. They also set about maintaining and driving forward our village in the moors, helping build the Blanchland we love today!

It was when this revival began that the lead miners arrived and the Manor House took its next steps into hospitality; becoming ‘The Lord Crewe Arms’ the perfect place for a pint after a shift in the pits. And so the rest, as they say, is history. The Abbot’s Guest House built as a sanctuary for the pious white canons has hosted Northumberland’s elite, North Pennine miners, and village merry-makers, providing all, however humble or extravagant, a place to eat, sleep and most importantly enjoy.

Hopefully you have enjoyed this blog, I certainly enjoyed my visit to the Lord Crewe Arms and my discussions about their intimate weddings in this unique Northumberland wedding venue. 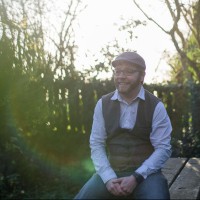 Rural Northumberland: The Place For a Stunning Engagement Shoot
2017/06/09